So, this lad asked his teacher to film him doing this trick and he tried this shot again and again through his break time. As people were heading back to class, he asked for one more go…. He is now an internet legend, with this clip being watched all over the world and he can’t walk the streets without people recognising him.

Wow – time passes so quickly, sorry I haven’t posted for a while.

I work with young offenders and once worked with a lad convicted of spray can graffiti. We were discussing why he thought spraying a tag was acceptable and he told me that he was offended by all the advertising we are forced to look at in our streets and therefore, if he had no choice about that why shouldn’t he be allowed to make his mark on the world. A fair argument I said, although his work damaged property that did not belong to him. He hadn’t paid for the right to display his tag and it may be that more people find tagging offensive than advertising. We discussed situations where graffiti might be acceptable or even pleasant.

I think I have an example of ‘graffiti’ that would make most people smile, causes no damage, and is creative: urban knitting! Admittedly, the lad I worked with is never likely to take this up, but these guys have come up with something knew and amusing and complimentary to the surroundings rather than being a blot on the landscape. It reminds me of guerilla gardening, some great friends of mine planted daffodil bulbs around their local school so the following spring the school was treated to a blaze of yellow and no-one knew who was responsible.

I found these pics here via Stumbleupon. There are more pics but I thought I’d post a selection. 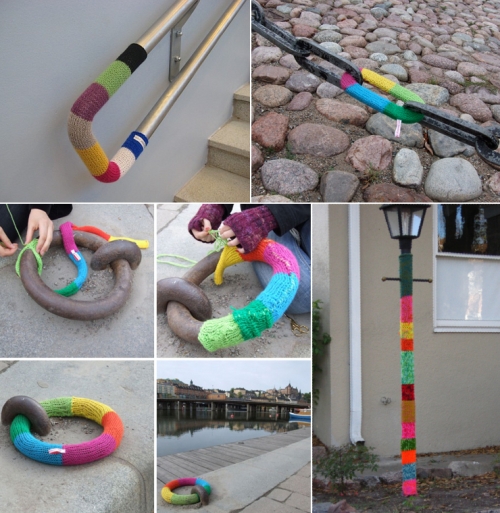 Check this out! Print off your own custom diary/planner, with the layout you want, and include stuff like sudoko and more. And when your weeks done, throw it in the recycling and do another. Love it.

Watch this video and feel yourself melt like a lolly in a microwave.

The force is strong with this chap! 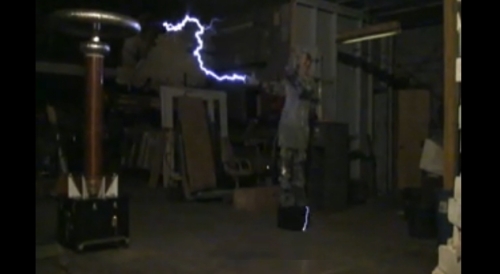 Apologies for the poor pic, because this clip is too cool!

When I was a kid, I wanted a stylophone. Now, Rolf Harris and his annoying invention can stuff off – THIS is the kit for me!

Fancy a novel way to play the Imperial March from Star Wars? Try dressing up in a Faraday suit, then letting the electric stream from a Tesla Coil pass through your suit whilst it screams out Darth Vadar’s ringtone. If I ever come into money, this is way up on my list of things to buy!

Check it out here. 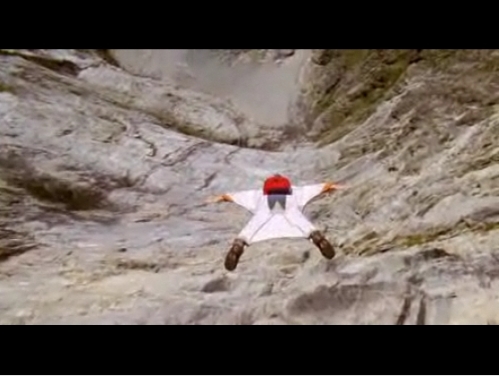 I wish I had the courage to do something like this, the footage is beautiful but I’m sure it doesn’t even scratch the surface of what it’s really like to just ski off a mountain and then fly to the bottom.

It strikes me as one of those things, that once you’ve done it normal life becomes mundane. How can you go back to your nine-to-five when you’ve flown like a bird around mountains??

I saw a guy on TedTalks (check them out they’re really very good), and he is paid to do this. He said that already, there are things being developed that improve on these suits and how you can land etc. Who knows -maybe we’ll all be doing it soon! 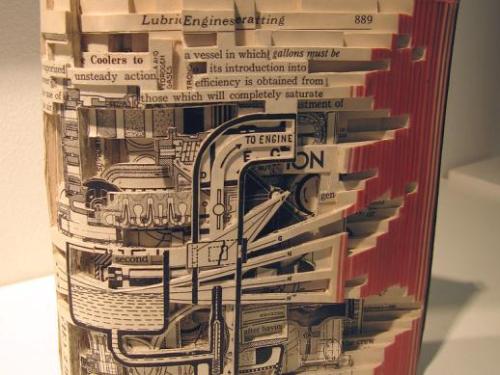 American artist Brian Dettmer creates these amazing sculptures that involve him cutting through layers and pages of books. I really love the way you can see all the insides of a book and especially where he has created some sort of story within the book as above. I’ve been thinking about the work that must go into creating these and it’s just baffling.

P.s. sorry I’ve been away for a while. I’m back now though and and should be posting regularly again. 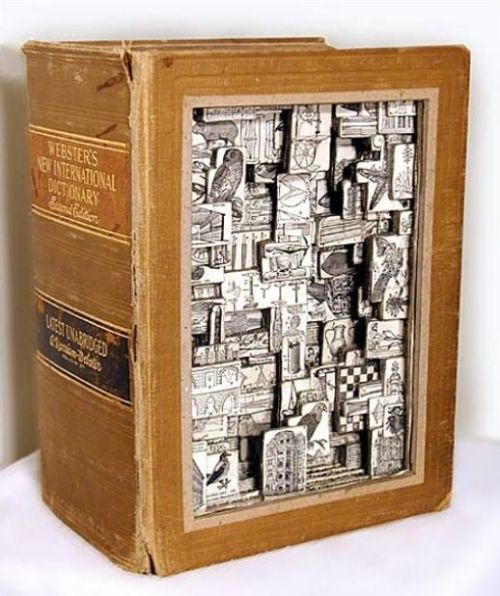 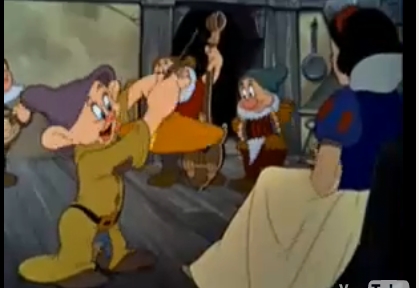 Sorry, it’s been a little while. I’m doing essays for my foundation degree and it’s taken my full attention…

I love this, setting video from SnowWhite to Daft Punk. It just works, the clips are perfectly synced.

Hope you are all good and I’ll be back properly in about a week.

Wow. All the guys in this picture are actually the same man – Sam Tsui. This video is a tribute to the late, great Michael Jackson. Far from being a tacky, naff attempt, this is really amazing and if you’ve had a go at a cappella, you know that it’s not easy to really make it sound good. Obviously, this guy’s vocal is layered but the arrangement and execution are just spot-on.

It looks like this guy’s done loads more, so I’m off to check them out. Once again, top job stumbleupon!

As soon as I saw this video of Beck it reminded me of a holiday I had with a ton of families and mates from my church. We went to Dartmoor and while the mums and little kids stayed in semi-luxury, the men and older kids/teenagers stayed in a freezing cold stone house with no heating, electricity, water, or even mattresses on the beds!

One evening, we were sat around a long table just having eaten and we only had torches and candles for light. I don’t really remember how it happened but we ended up like the guys round this table, banging cutlery, plates, hands, the table – whatever, and someone was playing the guitar I think. It was brilliant. We weren’t a patch on these guys but it was just cool to be making a rhythm together led by the two resident drummers, Josh K and Charlie ‘The Div’ B.